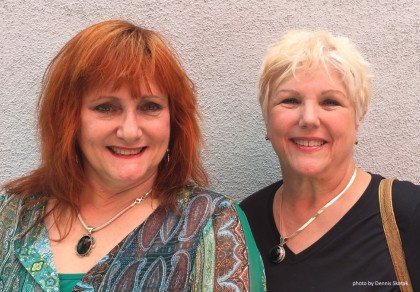 Amber Anthony is a pen name that represents collaborating authors: Patrice Hough Bader (She answers to Rusty) and Nancy Reynolds.

Together they have written several television episodes and feature film scripts.

They write about gorgeous alpha males with tons of charm, who might also be vampires. Their heroines are smart and strong with plenty of heart. Best of all, their stories take readers on a ride that holds their attention from start to finish.

Their first novel with Torrid Books, Blood Rising, is the first of a trilogy, a hot, supernatural vampire romance. Blood Emerald feature Rick Hiatt and will debut in January 2018. Blood Dragon features Adam Lachlan will follow in April 2018.

Patrice Hough Bader resides in the Midwest. She pursued study in Dance and Performing Arts before completing her studies in Political Science. After a career in Sales and Marketing she owns a tavern with her husband.

Nancy Reynolds resides in a southwest city. She spent her twenties in New York City as an actress before entering the family business and pursuing a career in health care. For several years she has written for movies and television. Now, she’s turning her love for words into production as a romance writer.