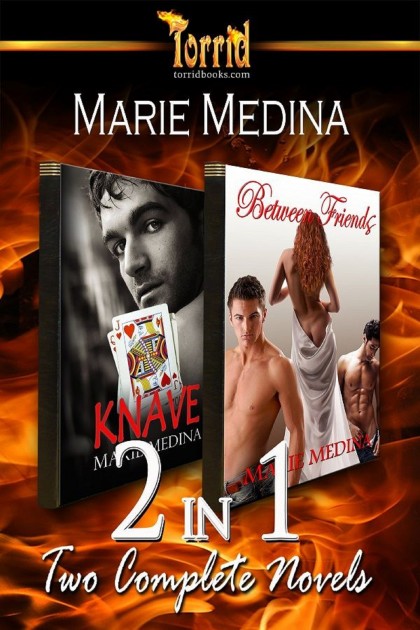 BETWEEN FRIENDS: Helena just needed a date for her class reunion. She didn’t think any of her friends would be up for the task, but two of them are so willing, they want to compete for the opportunity. Now, she’s dating two men she was once “just friends” with, and they’re surprising her more every day, both emotionally and physically. Her body and her heart send her mixed signals as she enjoys all the pleasures of their competition. She never suspected how either of them felt, and now it’s up to her to decide what she really wants in a man. She knows only one of them can win her love, and soon she has to decide whose arms to stay in forever…

KNAVE: Alyss is very attracted to her boss, Hart Lewis, but she knows thinking of him as anything more is a bad idea. However, she can’t help becoming more intrigued when a former co-worker warns her to watch herself around him. Her reason? She claims that the mild-mannered Hart, whose real first name is Knave, thanks to his flamboyant mother, spends his evenings in a sex club. Could this rumor possibly be true? If it is, what goes on there? Should she take the safer road and simply forget about her attraction to him, or give in to her curiosity and find out what her mysterious boss is really like?

Marie Medina was born in northern New England and raised by her pale, mysterious godfather in a dark gothic mansion on the edge of her small, sleepy town. He didn’t turn out to be a Bronte hero or a vampire, as she thought when she was very young, but he is her best friend and the standard by which she measures all her heroes (and suitors). She has been writing...

All Through The Nights

At His Lord's Command

Write To Her Heart 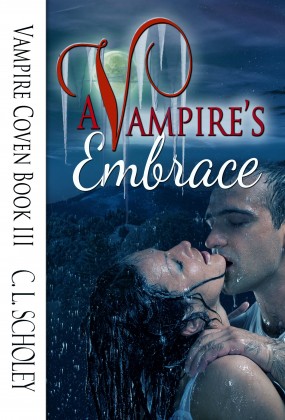