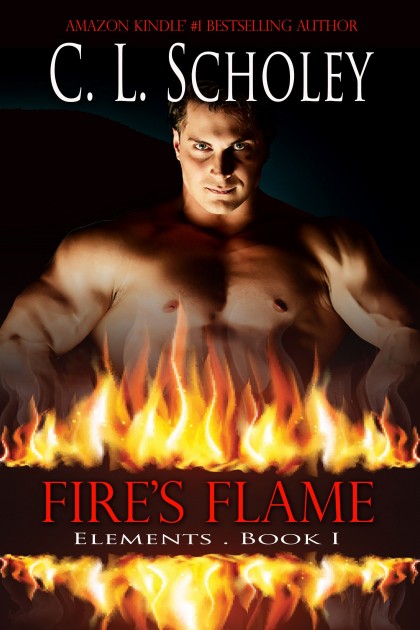 With the ferocity of fire literally exploding from his fingertips, Ignis is an element to be reckoned with. Bursting from Mother Nature’s womb near the beginning of time, he has used Earth as his toy. Millennia later, Ignis meets the Flame to his fire. Flame is the only human who has ever seen him in his human form while dancing and rolling within his element. The child he encounters grows into the most fascinating woman of his life—the irony is almost too much; his body burns for her.
Flame has always known there was no one else for her but Ignis, her Fire. Fire envelops her being; he sears her essence and makes her body his. Loving an element means being protected by him. Flame is an arson investigator on a mission to find a man who would murder his innocent wife to gain custody of their three children. When Flame’s life is in danger, there isn’t much time—Fire can’t be controlled. When an element claims you, it claims you—body, mind and soul. Flame needs to temper Ignis, an uneasy task, as there is no element more primal than, Fire.