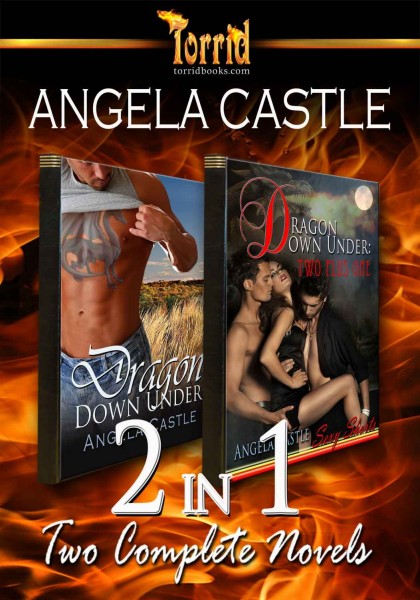 Two great novels, one low price! DRAGON DOWN UNDER: Accused of a crime he did not commit, dragon shifter Kaden, has been exiled to the human realm. His only chance for survival is to find a remote, warm dry place to live, as both man and dragon.
Deeply in debt, Terrie Holbrook has no choice but to sell her family’s remote cattle station in the far North of Australia, and a mysterious buyer saves the property from falling into the hands of a mining company. The overwhelming attraction between them has Terrie on the run, with one large, blue dragon on the chase. Things take a violent turn when the mining company owner comes after what lies beneath their land. They discover an ancient puzzle, dating back to the time of gods and men. When Terrie is threatened, Kaden must do whatever it takes to save his one true mate—and the world—from the hands of a mad man.

DRAGON DOWN UNDER TWO PLUS ONE: Dar and Jax, two dragon shifters, exiled from the dragon realm, are forced to make a home—away from the humans—deep in the Australian desert. Their fortunes change when they find a curvy woman, near death, on their doorstep. The moment the brothers touch her, their inner dragons roar to life. She is a true mate, not just to one of them, but both. They must share her! Dar and Jax move quickly to heal their new treasure, claim her for their own and seek revenge on her ex-fiancée, who tried to kill their woman by leaving her to die in the desert. 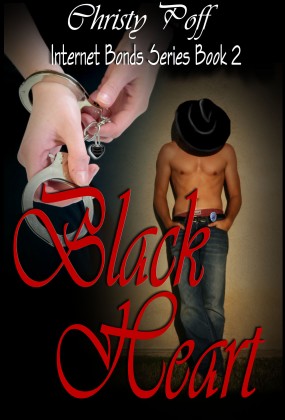 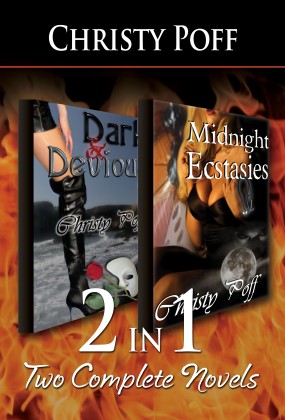