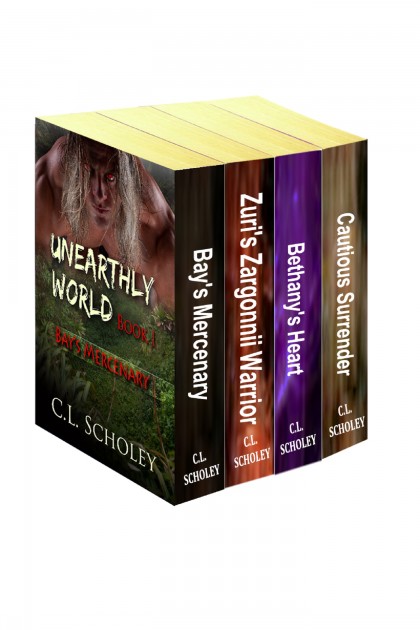 Bay's Mercenary
Bay went from tortured human captive to exotic alien pet in a heartbeat. Zargonnii warrior mercenaries are like nothing she has ever seen before. What do they want from her? The unearthly world Bay is taken to is fascinating, frightening and a lot different from Earth. Zargonnii males have never seen a small, vulnerable female. Their females are huge, aggressive, dominant; and the two sexes live apart for safety reasons.

Zane finds himself saddled with a bald, unusual pet Earth female. Females are anything but vulnerable in his world. This female is an oddity, and for some reason, his new pet brings on his mating cycle. Zane is mortified, until he discovers this intelligent pet of his has a secret—she’s no pet at all. It takes everything in Zane’s power to control the temptation of his kind’s breeding habits—until he can control it no more.

Zuri's Zargonnii Warrior
Zuri finds herself in the hands of a Zargonnii warrior after she and her shipmates are extracted from a strange world. Hunted by the heinous Tonan and sought after by the deadly Gorgano, Zuri is mortified when she realizes humans, especially female humans, are considered a rare, exotic novelty. She has no intention of being put on display for massive warriors to gawk at. She plans her escape.

Kobe grows fond of the little mouthy human female placed in his charge for the duration of the space flight home. Once they land, she will no longer be his problem. Everything changes in seconds when he finds her in the ship’s bay, hanging by a thread in a teetering space shuttle, bound on either self-destruction or escape. Without thought to his safety, Kobe jumps from the shuttle when Zuri falls out and plunges to the planet beneath.

Zuri has no idea what danger they are in as they embark on a perilous journey. Both know if they make it out of the jungle alive, they will be separated—unless Kobe can figure out a way to keep his new mate.

Bethany's Heart
Amidst the snow and icy wasteland, Earth has become a watery grave to many. Zargonnii warriors Finn and Blu search for any remaining human females. Luck abounds and six females are found struggling to survive. The moment his blazing red eyes settle onto Bethany Finn feels in his heart she is the one he wants to end his loneliness. When Bethany encounters two massive aliens, eyes alight, long white hair wildly flying, she knows the pair are either death or salvation. Their encounter leads Bethany on the wildest adventure of her life. After the Zargonnii ship is annihilated by the enemy a shuttle leads Finn and Bethany straight into the path of peril more times than the couple care to count.

Cautious Surrender
Adan went from a living hell on Earth, only to be thrown into a new purgatory. The Zargonnii vessel she’d thought was her savior is blown to bits in an alien war attack. A wormhole sends Adan and her warrior protector to an unknown world. Her only hope of surviving the ungodly planet is in the hands of Blu, whom she loves. Unfortunately, Blu has another agenda.

Blu’s body burns for the little human female, but his entire adult life has one purpose, to father a son and create a family. If he mates with Adan and makes it back home, he’ll need to keep her close to his side, protecting her from his dangerous life. Human females only produce female offspring in Blu’s world. If they survive this planet, Blu has to decide if he’s willing to give up one dream for another. 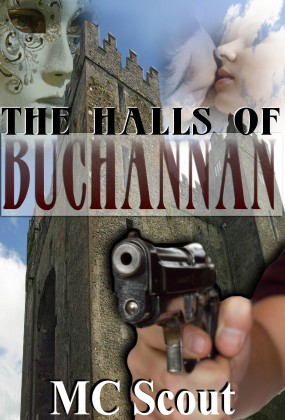